ASGE guideline: the role of endoscopy in the surveillance of premalignant conditions of the upper GI (186 KB)

Getting Ready for Your Colonoscopy (2802 KB)

Colonoscopy is more effective than flexible sigmoidoscopy for the detection of colorectal cancer in elderly patients, according to researchers at the Mayo Clinic in Florida.

Doctors often miss potentially cancerous polyps in patients who don't sufficiently cleanse their bowels before undergoing a colonoscopy, according to research.

The pre-colonoscopy bowel prep may not be a pleasant experience for patients, but it's a vitally important one that increases the likelihood physicians will notice precancerous polyps, according to new research released by the American Society for Gastrointestinal Endoscopy.

Colonoscopy Could Prevent Twice As Many Deaths

Generally regarded as the gold standard for colorectal cancer screening, colonoscopy has prevented as many as 12,000 U.S. deaths annually, but could have prevented twice that many with increased use, says a recent study.

Inexpensive interactions with colonoscopy patients can help to improve results in the procedure room as well as in the months and years following the screenings, say 2 new studies. 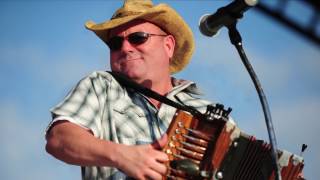